Before everyone began placing their bets at A Night at the Mouse Races, two awards were presented.

The first was to outgoing President Jim Webb.  Jim has served on the IMI board for several years and is finishing up his two year term as IMI President this year.  The board and members would like to thank Jim for all his years of service. 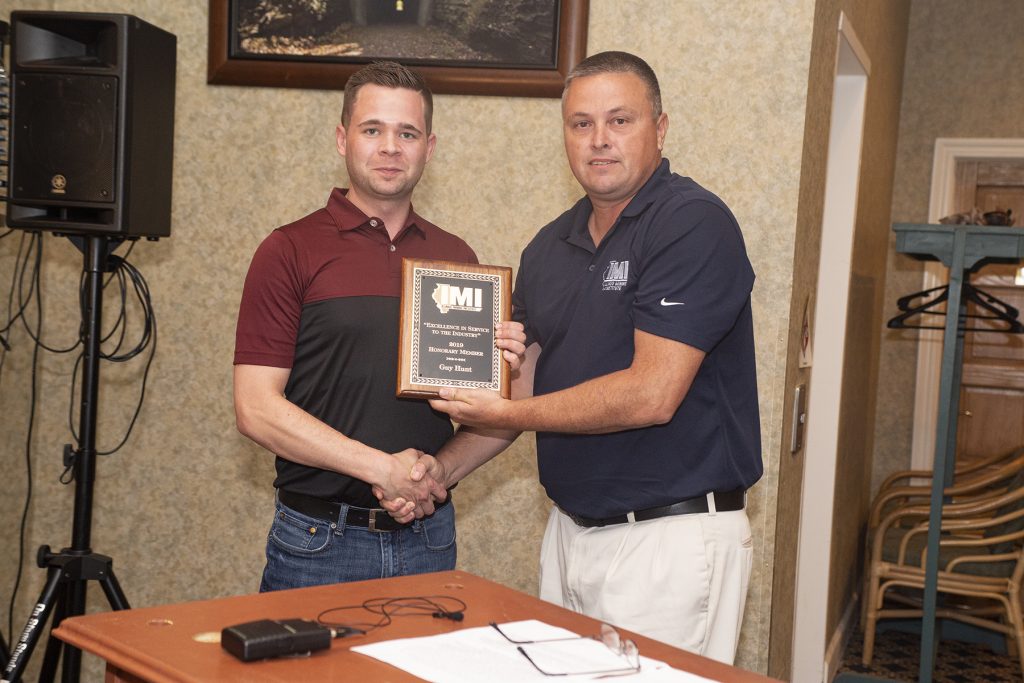 Our second award of the evening went to the late Guy Hunt.  Guy was awarded the IMI Honorary Member award. To watch the award presentation to Guy’s family please click here. The picture shows Guy’s son accepting the award in his father’s place.  The IMI was honored to be able to give this award.